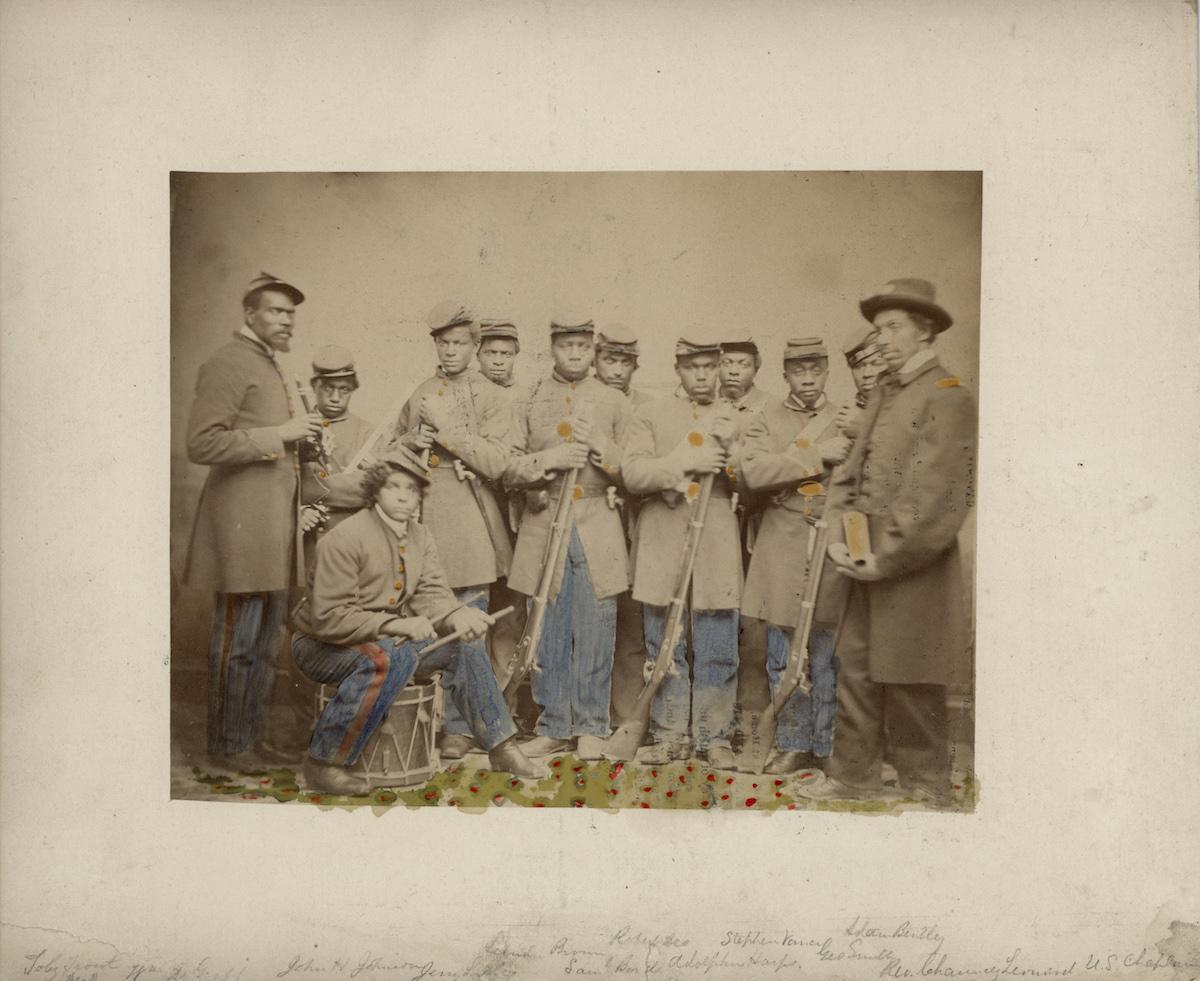 A Black and White Issue

Though able to fight and die for the Union cause, black soldiers still faced segregation and prejudice in the military. Part of this was resolved by forming all black regiments from around the nation into the United States Colored Troops (U.S.C.T.). Under the command of white officers, African Americans would separately fulfill roles similar to their white counterparts.

This racial separation would include hospitals, such as L’Ouverture Hospital in Alexandria, Va where blacks had separate sick wards, and separate burial sites, such as the Freedmen’s Cemetery.

The accompanying picture shows men recuperating at L’Ouverture Hospital--a corporal, eight infantryman, a drummer, and a fifer-- that may have been an Honor Guard escort for the deceased. The man on the far right is the hospital chaplain, Reverend Chauncey Leonard.