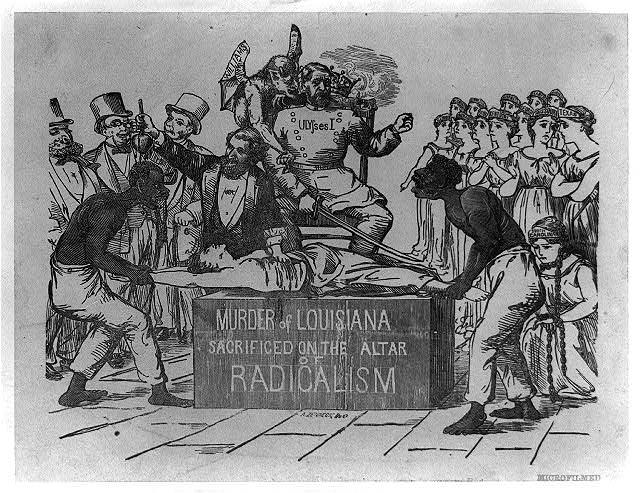 “Murder of Louisiana sacrificed on the altar of radicalism,” Wood engraving, 1871, Library of Congress.

Confederate-sympathetic organizations, such as the Southern Memorial Association, made concerted efforts to preserve the memory and dignity of Confederate war dead as national heroes in the 1870s. This movement gained popularity after the Civil War, as southerners voiced their resentment toward federal Reconstruction, which gave greater political and civil rights to former slaves and installed northern-friendly governments in former Confederate states. The separate commemoration of Confederate dead intentionally perpetuated a separate Confederate national identity. This became a form of resistance against federal supremacy in the South.