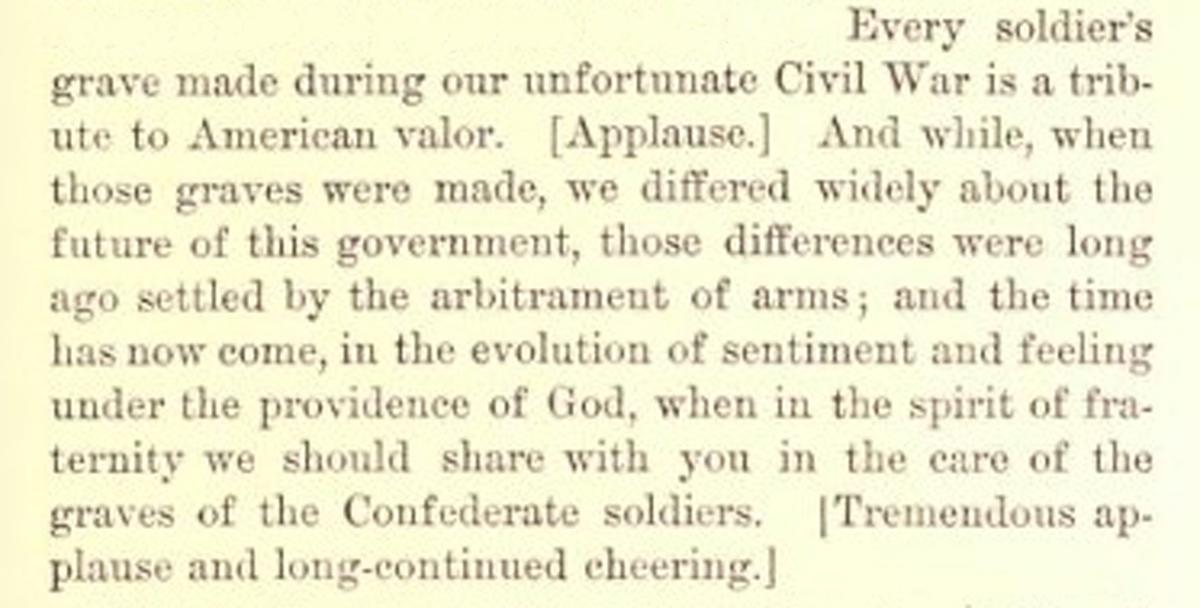 In front of the Georgia Legislature, President William McKinley proclaimed sectionalism to be over and the United States to once again be fully reunited and reconciled. This proclamation came in the midst of the Spanish-American War, the first war since the Civil War. The Republican McKinley needed the full support of the solidly-Democrat South for the war effort. The speech declared a new American nationalism built on unity, leaving behind the divisions of the past. The key demonstration of this unity was that McKinley advocated federal stewardship of the Confederate war dead, including the burial of Confederate veterans in Arlington National Cemetery.